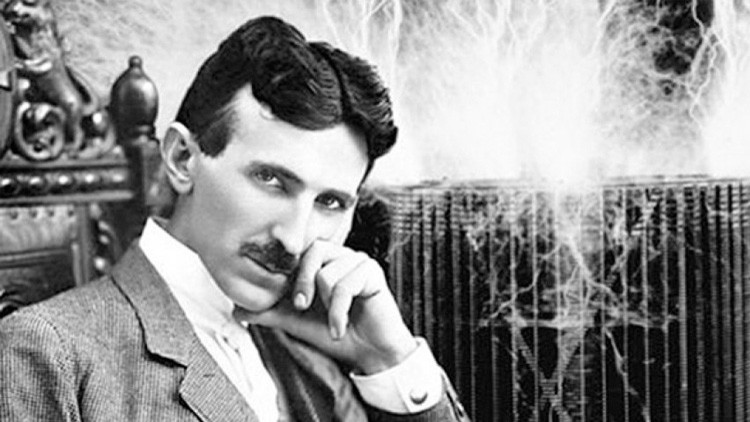 “Necessity is the mother of invention.” is the magnificent phrase referring to the inventions, and the inventors isn’t it? Representing the inventor as a problem solver, a do-gooder, someone who defines a necessity, who works day and night to find an answer to the problem. But is that so? Most of us agree that inventors worked hard and struggled day and night to find out whatever they had been trying to invent. But do inventions really emerge out of necessities? Is it the inventor’s purpose or motivation to fulfill a necessity?

For a very long time, I have come to believe that too. Acknowledged that quote as a fact; and as all the information that is taken as facts, I didn’t question that fact until I have read the book “Guns, Germs, and Steel” by Jared Diamond. The whole topic of the book is totally different than my point but there was a sentence in that book, which was opposing the idea that inventions are born out of necessities. And when I read that “proposition” I was illuminated, to say the least. My whole perception of the concept has changed.

Even though I loved the book, I am not readily accepting that a guy who has written a 500-page book would automatically know everything better than me. I have seen thicker books full of rubbish. But the approach to the topic made me reconsider my perspective. After giving it a considerable amount of thought, I also have come to the conclusion that necessities aren’t the mother of inventions. To come to think of it, fulfilling a necessity may be the tiniest of motivations for the inventor.

To put it in context maybe it would be better to go over an example like the dishwasher. What purpose does it serve? It washes the dishes. I will ignore the amount of time and the resources that it uses, compared to a human accomplishing the same task, for the sake of the example. Because the “task” here is simple: washing the dishes. Can it be done by a human? Sure! Anyone can wash the dishes. Utensils have been used for centuries and dishwashers have been around for what? 40 years? Maybe a bit more? Apparently, washing the dishes is not a necessity here. It can be done by using some other means.

Let’s take an even simpler example. Let’s think about the “hammer”. We don’t know the inventor of it, but we don’t need to anyway. What is the point of a hammer? To drive a nail into something, usually wood or concrete, right? Can’t that task be achieved by some other means? Sure it can. You can use a rock for example. I even use a wrench if the hammer is too far away and if I’m under inconvenient circumstances to get it. You can actually use anything that is hard and heavy enough to drive a nail into something. So what is the point of the hammer? Yes, I am well aware that the pattern is becoming apparent for you too.

Let me go on. Today we perceive things like cellphones, televisions, dishwashers, washing machines and so many other things as “necessities”. When we come across a person who doesn’t own a cellphone we find it strange. We assume all the houses have washing machines in them. I cannot even make people believe that I don’t use any social media except LinkedIn. Because we all perceive these as necessities. We assume that these are normal parts of life if we want it to have at least minimum standards. But they are not. All tasks they accomplish can be accomplished in some other challenging, time and resource-consuming ways. But in the end, they can somehow be accomplished.

This pattern discloses one of the motivations: to facilitate how we accomplish those tasks. To ease them up. Make the accomplishment of the task less time consuming, less tiring and if possible, less resource consuming. This pattern also paves the way for the misconception of lazy people being smart or inventive hence the phrase “If necessity is the mother of invention, then laziness is the father.”. To put sidenote, laziness and lazy people are the father/or mother of nothing. Statistical data and personal experience prove this as a fact. I have seen so many lazy people but I haven’t seen them invent or create anything.

Back on the subject… To think of it; for something to happen out of necessity means; someone or something that forces a person to accomplish that task. In this case, to invent something. It implies either another person, authorities or maybe circumstances forced them to invent. But if you examine the lives of inventors, you will see that no one forces them to come up with that particular invention. On the contrary, they are almost always ridiculed or shunned by society, threatened or sabotaged by rivals or predecessors, tortured or killed by the authorities.

What drives a person to struggle day and night to go through all that torment, risk everything, stand up and keep trying failure after failure and not give up? The pleasure of knowing that he/she can make some nobody’s life easier? I don’t think so. And if we examine the earliest inventions in human history we can find out that the stakes were so high and the rewards were so little. Galileo risked being banished by the church, tortured and killed by the inquisition just by speaking out a fact that he found out: The Earth is not flat.

Although Galileo is one of the most famous examples, there is an abundance of stories similar to this. Edison went through thousands of failures until he finds the electric bulb. Tesla spent a considerable part of his life battling against Edison and his company. He even gave up his rights to some of his inventions to keep up the fight against Edison, just because he thought that alternative currency was much more efficient and powerful. During his life, he literally made AC usable for humanity, found out nearly all the scientific facts about it. He also made Westinghouse filthy rich and died in a hotel room alone. A more recent example is Elon Musk. At first, he was praised and credited for changing the fate of the world’s automotive industry or at least distorting it single-handedly. But now, he is accused of being a charismatic con-man, a trader of dreams, and an exploiter of false hopes. And also a whacky and unstable social media user.

Time will tell whether Elon Musk is a con-man, but all these examples and many more bring us to the point. If there has to be a single motivation behind inventions, it is sheer curiosity. The curiosity for the fact or knowledge. You can also call this science… But humans are complicated. They are not driven by a single motivation. What is the simplest and clearest of all motivations? Money of course, or “wealth” to put it in a classy way.

Take Einstein for instance. He was driven by his curiosity for sure. But he was also motivated by fame and wealth. Throughout the early periods of his career, he struggled to make a name for himself and was supported by his wife when he was about to give up. (She also helped his scientific studies and was NOT credited by him.) What necessity did he fulfill when he found out the “Relativity Theorem” or came up with the idea that E=mc²? He didn’t fulfill any of my necessities. As an everyman, I can’t be less concerned about the time being relative or not. I also don’t care if E=mc² or not, unless a nuke drops on my head. Obviously, if that happens I will not care about anything either.

If Einstein ruined his relationship with his wife, severed his connections to his children, and locked himself in a study to work on some calculations for days to fulfill a necessity of an everyman like me, it is very obvious he wasted away his life for nothing! Sorry, Mr. Einstein!

But fortunately, he didn’t spend his whole life fulfilling a necessity in everyman’s life. He revolutionized the way that science handles the universe, he paved the way for other brilliant scientists such as Stephen Hawking and obviously, he made a name for himself. He actually carved his name, even burnt it into the collective memory of humanity. His name has become synonymous with intelligence.

What necessity did Marie Curie fulfill when she risked her life during her research on radioactivity? Her research led to X-ray machines and probably some other medical uses that I’m not aware of. But was she aware of the practical uses of her research? Considering that she died out of exposure to long-term radiation, I don’t think so. Was it her intent to give up her life so doctors could see the bones of a naughty brat and treat him when he falls off a skateboard?

She ventured into an area of science that nobody was fully aware of, tinkered and played with substances that nobody fully knew, and suffered consequences that nobody could predict. She became the first woman to win a Nobel Prize, became the icon of feminine achievement but she wasn’t let to give a speech in the Royal

Institution of London because she was a woman. She also benefited very little from a whole industry based on an element that she found out, but she never gave up. To what end? Fulfill a necessity she is not even aware of?
Aziz Sancar is a similar example too. He won a Nobel Prize and was praised by the whole nation. But most of us aren’t even aware of what he did win the prize for. (He and his friends won the prize for their mechanistic research on DNA repair.) His research may lead to some cures, treatments, or even revolutionize the science of medicine in the future. But today, what he found is not the concern or topic of interest of the masses. Yet still, the whole nation still feels happy for what he achieved. In a sense he is famous. He also donated his Nobel Medal and certificate to the mausoleum of Atatürk so maybe a bit of national pride is involved. Maybe when he was younger, he took a vow to be the first Turk to win a Nobel Prize in chemistry. Who knows? But if asked, I don’t think “fulfilling a necessity” will come up in the highest ranks of his list.